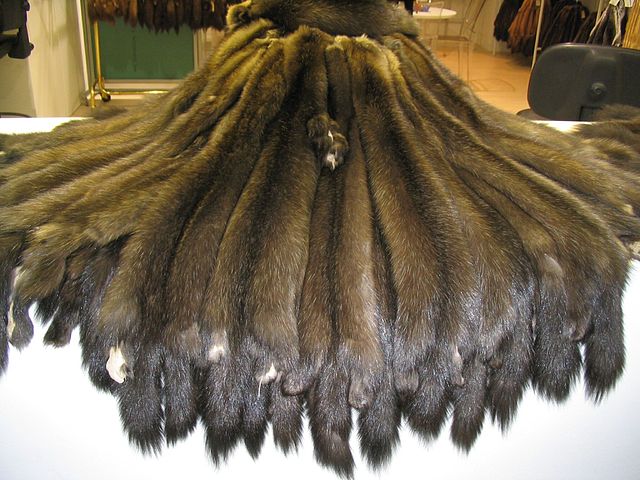 If you’re a beginning-level costumer and you’re contemplating fur of ANY kind, my first reaction is to say “No, you’re not ready.” And if you want to use real fur, I’d say “You’re not ready and it’s too expensive.” but, you know what? Costuming is an adventure, so let’s talk about sewing with REAL fur.

If you’re using fur in a costume, you might be looking for warmth and insulation, or you’re looking to promote an image of luxury and status. Maybe both. Fur has been of both functional and social importance in most societies throughout recorded history.

You can buy fur online and from any place that seriously retails leather hides. Here in the USA, you can pretty easily lay your hands on rabbit fur, raccoon, squirrel, opossum and the ever popular sheep-shearling, as well as the traditional “luxury” furs, such as mink, fox and sable.

One way to get your hands on luxury furs at a relatively bargain price is to haunt thrift and vintage sellers for old fur coats. That way, you’re not contributing directly to the fur industry and it’s cheaper, too – especially if you find a coat that’s a bit worse for wear and the seller is forced to mark it down as a result.

How can you tell one fur from another? Here’s a quick intro to common fur types. 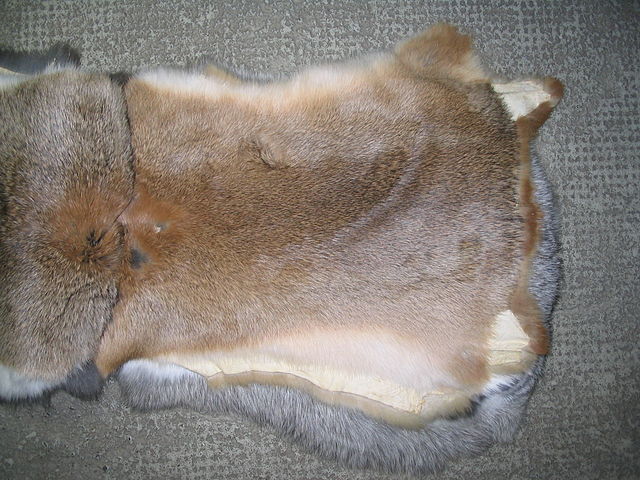 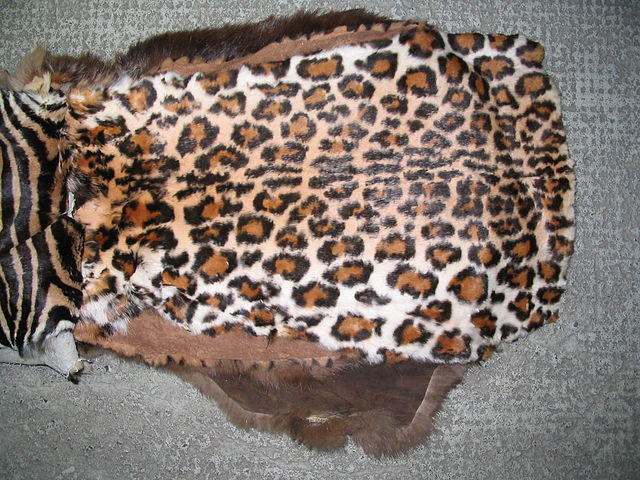 Rabbit fur is often treated to resemble other animals, because rabbit fur is cheap. Racoon and lamb are also popular choices for making one fur that looks like another. If you’re going to go the vintage shopping route, read descriptions carefully. I once almost bought something thinking it was sable, only to learn it was dyed rabbit. In that case, it was described as “French sable” and it was only through the intervention of a savvy friend that I saved my money.

Other terms for repurposed rabbit fur include: Australian seal, Baltic Leopard, French coney – can you see a trend here – and squirrelette and chinchilette. Again, like “naughahyde” those are all terms designed to invoke what’s being imitated, but it’s not the real thing. When it doubt, fire up Google and double-check the term. 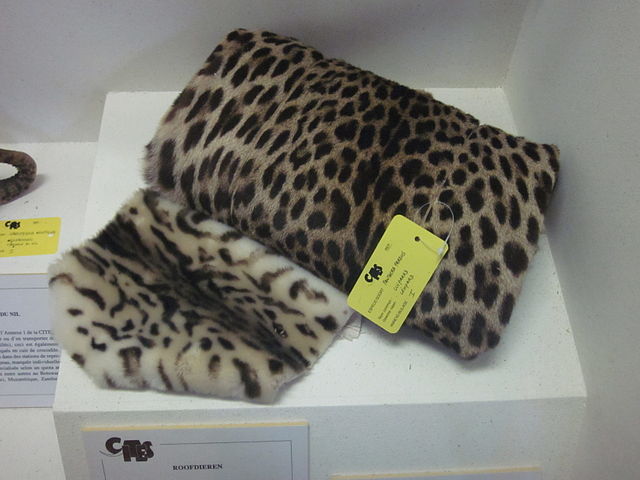 On the right, genuine leopard fur seized at Belgian customs. On lower left, lambskin which has been printed to resemble leopard. Source: Wikimedia Commons.

You can sew this exactly the same way you’d sew fake fur – either with a traditional seam or a butted seam. But don’t forget to use a leather needle, not a needle for wovens. Check out the entry on faux fur to learn more.

Fur can stretch when sewn, so stabilize your cut edges with twill tape held in place with a craft glue stick, or furrier tape – available online. In a pinch, go to the drug store for fabric surgical tape.

How much is this going to cost you? Well, that really depends on what you want to use. You can find rabbit pelts for as little as five dollars each. They’re great for trimming small pieces with, such as the edge of a vest, or a bracer. Higher-quality rabbit pelts are twenty five or thirty dollars apiece. 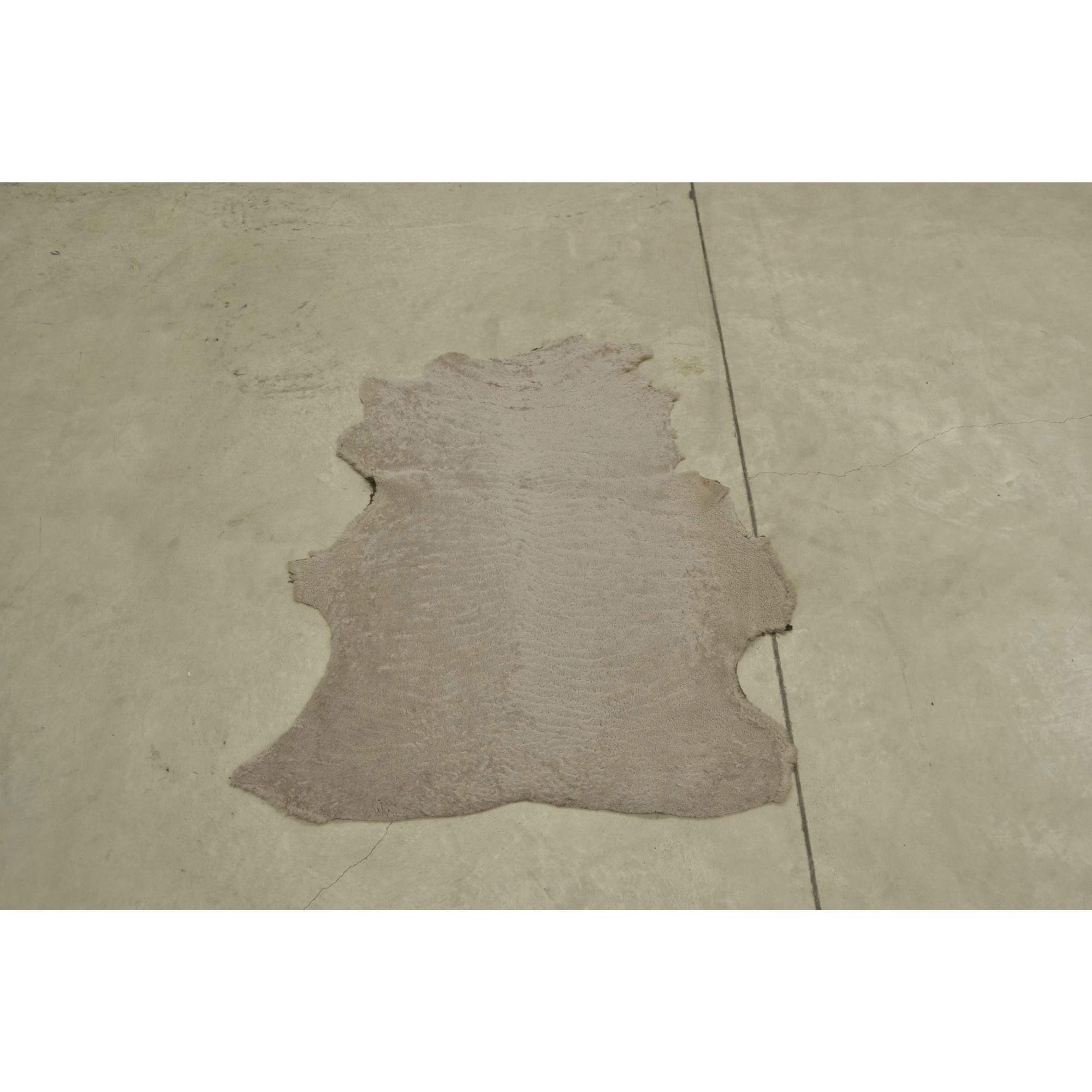 A shearling lambskin – that’s a lamb hide that has the wool left on it, but that wool has been shaved down to a short, uniform length – will start as low as twenty five dollars and it’s a great material for the fashion-conscious barbarians.

If you have your heart set on your barbarian wearing a wolf pelt, be prepared to spend at least $250 – and be ready to ask a lot of questions as to exactly how you came by it. There are a lot of wolf-lovers out there who will NOT be happy at seeing one of those on your back. 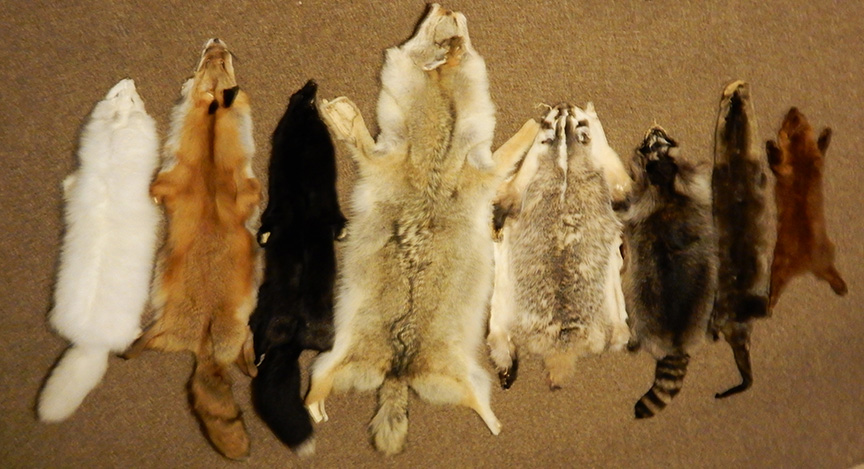 And that brings up a sticky issue. The disadvantages of using real fur aren’t just economic. A lot of folks are opposed to the use of fur, especially fur taken from the wild, rather than from an animal specifically farmed for the purpose. Some of those opponents might decide to have a few sharp words with you about your choices, and a ferocious argument in the halls is no-one’s idea of a good time. There’s even the risk of something even worse happening. Some anti-fur activists will have no problem throwing paint at your costume, just to make their point. 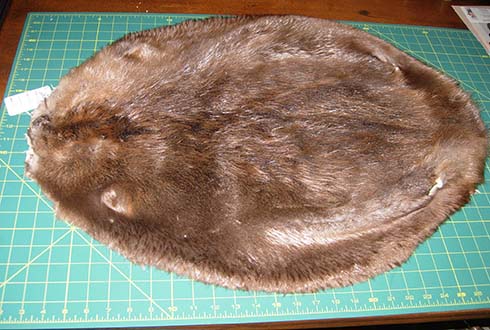 To be fair, I’ve never directly heard of that happening, but it only takes one impassioned hothead to ruin all your work, so consider these potential issues when making your decisions. And keep in mind that there are some EXCELLENT fake furs that pass the ten foot rule, are easier to cut and care for than the real thing. 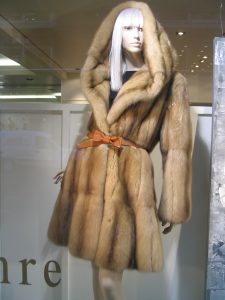