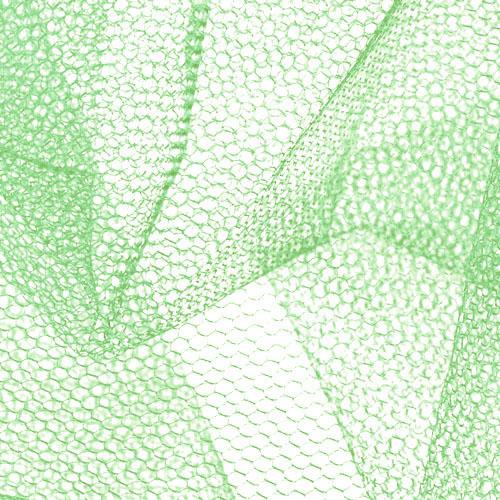 I’ll be honest, I usually can’t tell the difference between net, illusion and tulle. I tend to call them all “netting” and leave it at that, but they’re not the same. The major determinant for which is which is the size of the mesh.

Illusion netting features a very small diamond shape pattern. It’s made from 100% nylon and has enough body that it’ll stand away from your face when made into a veil – it’s often called bridal illusion – and the very small mesh acts as a built in light-diffuser which enhances the odds of your looking glowing and radiant when you’re walking down the aisle, even if you’re actually thinking about why the caterers haven’t arrived yet. Because it’s so popular for weddings, you rarely find it in colors other than white and off-white, but you can find it in very wide widths – up to 108”, which can be really useful for really dramatic projects. 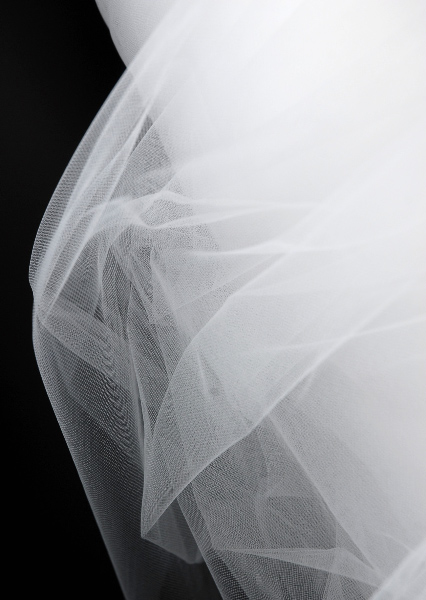 Tulle has a mesh that is larger than illusion, but smaller than regular netting. The holes are hexagonal rather than diamond-shaped. It can be made from polyester and from silk and has enough body to be used for veils and you can gather it up like crazy and make a fab petticoat to go under your poodle skirt. Don’t use illusion for petticoats – it costs about four times as much as tulle and doesn’t do the job nearly as well. And, obviously, don’t use silk tulle for a petticoat because it costs at least $50 a yard, rather than a ninety-eight cents a yard for polyester. 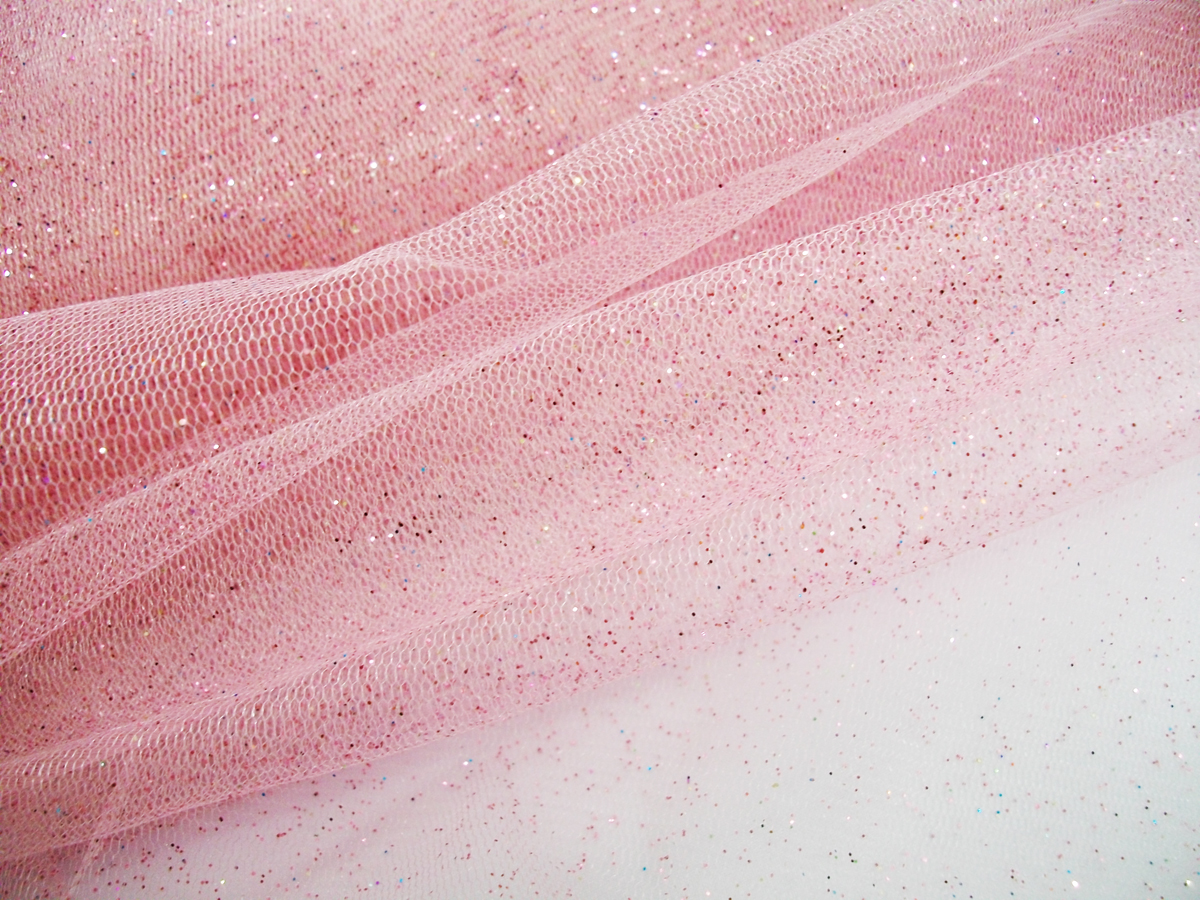 You can find tulle in all kinds of colors and there are embellished varieties out there – embroidery, sequins and such like. those embellished tulles are great for fantasy and fairy costumes.

Cotton tulle exists, but it’s primarily used for heirloom embroidery projects. You probably don’t want it and can’t afford it.

Net is generally used to describe anything that isn’t tulle although, really, tulle and illusion are just types of netting. The mesh is larger and a lot of netting is made from nylon, rather than polyester. Net can be used for making petticoats and adding foof to whatever needs foofiness as long as it remains invisible, because it always looks kind of cheap. Yeah, I use “foof” as a technical term, so what? 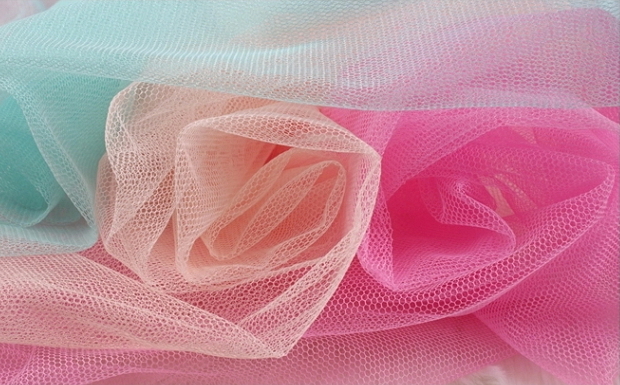 If you need something in very wide widths, nylon net is a good option, as you can find it on bolts that are 108” wide – unlike tulle which is usually limited to 54”. And it’s cheaper and more colorful than illusion.

Sewing it…. You had to ask. It’s not difficult, but it can be awkward.

The good news it that netting doesn’t fray, although you can’t stick a pin through it, so you’ll want to use pattern weights to hold your pattern down when cutting. Use clamps to hold pieces together for sewing.

It’s likely that when you’re sewing tulle, you’re either gathering it up for a foofy skirt, or to attach to a headpiece for a veil, or you’re laying it flat over another fabric.

Laying it over another fabric is easy: just make sure your stitches are short enough to catch the netting while you’re sewing it. 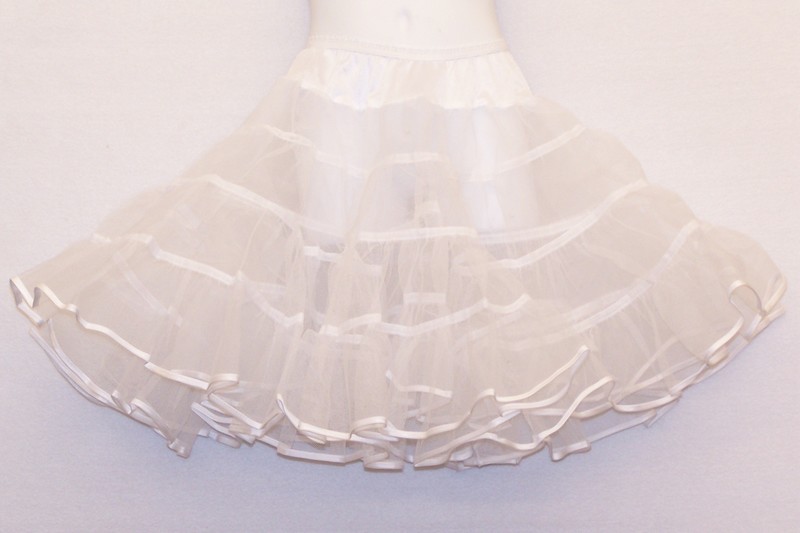 When you’ve gathered up a bunch of tulle and you want to attach it to a waistband, a rolling foot is what you want. Gathered up, tulle can be pretty bulky, but erratically so – unless you’re really good at distributing your gathers. A rolling foot is the best tool to cope with that. If you don’t have a rolling foot, look in your stash for a teflon foot, but really, a rolling foot is best.

If you need to press a netting for any reason, use a low-temperature iron. When sewing, use polyester or cotton thread and a regular universal needle. 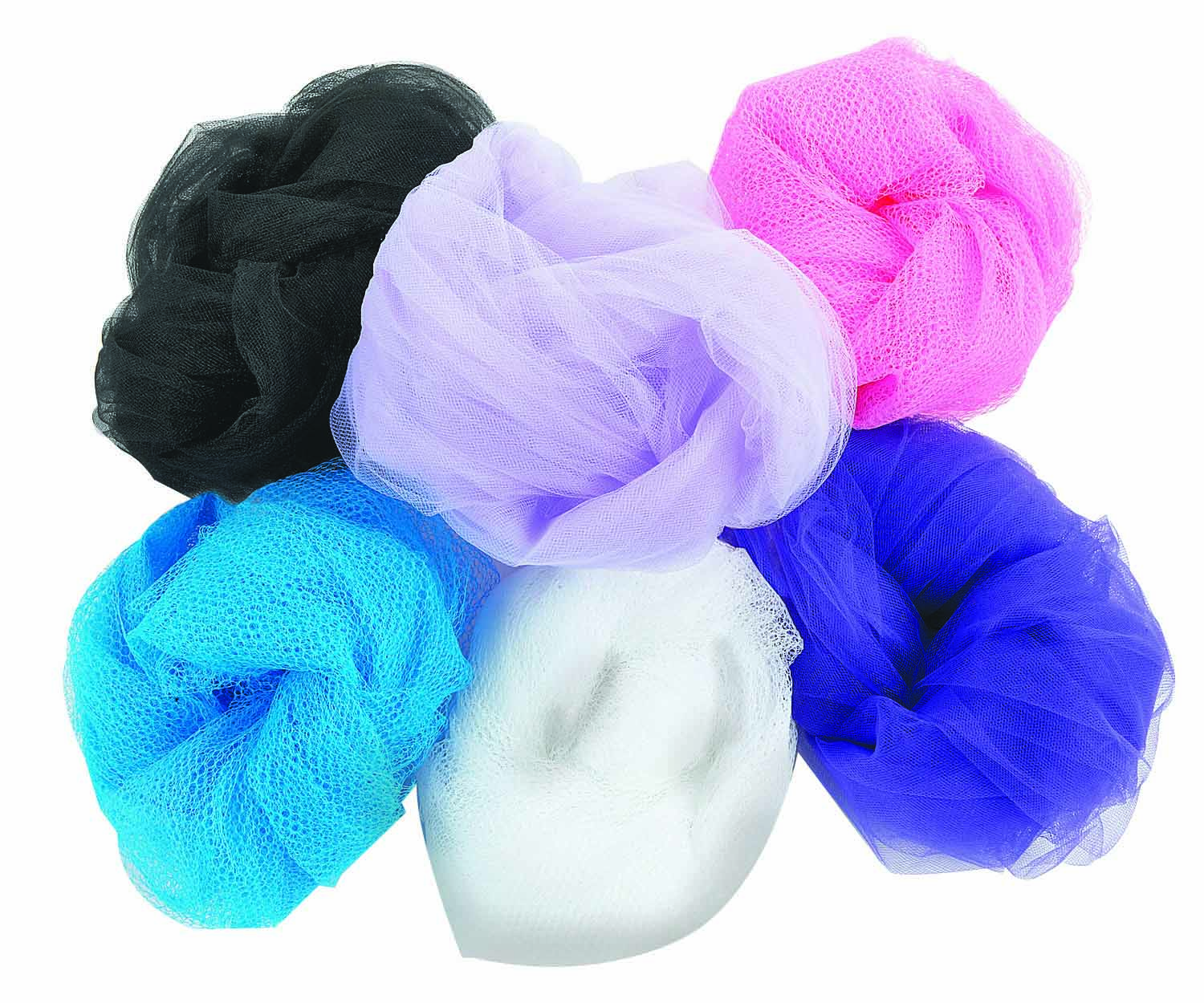 A selection of muted, matte tulles.