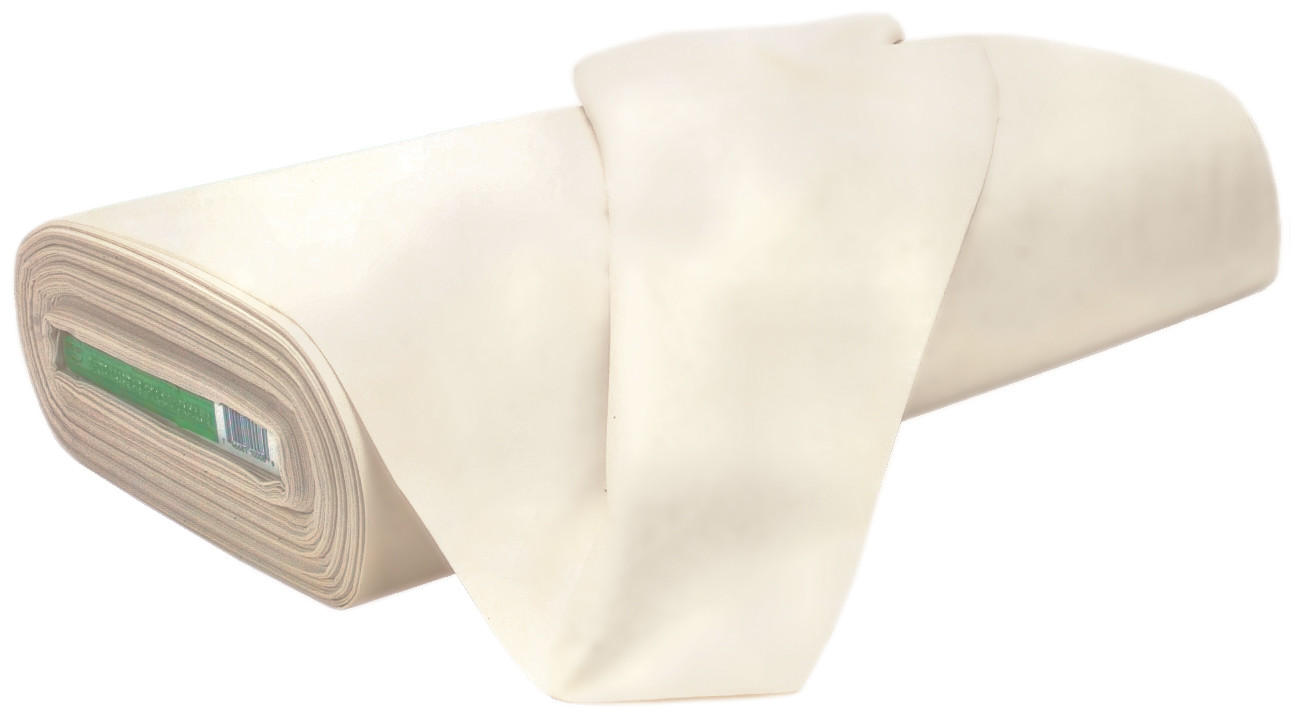 Muslin on the bolt.

Muslin is a light-weight plain-weave fabric, usually made of pure cotton. It’s usually sold bleached white or in an unbleached state, which is off-white.

It can be made very sheer indeed, or about as heavy as your average bedsheet.

It’s good fabric for lightweight garments and accessories handkerchiefs and petticoats, for instance. Beyond that, you’re most likely to run into it when you want to make a mockup of a costume before committing to your final fabric. Indeed, the process of making a trial run of a costume is often called “making a muslin” – regardless of what scrap fabric you use to make it.

Why do folks use muslin? Because it’s cheap. Or it was. Cotton prices are going up these days and it’s not as cheap as it was – and I’ve seen that the muslin at the big-name fabric stores is becoming lighter in weight – no doubt a cost-saving measure by the textile mills.

To be honest, I don’t use muslin nearly as much as I used to – not for mockups – because the cheap stuff is getting too lightweight and it’s too far removed from typical costuming fabrics. I did a mockup for a fitted overcoat in muslin and realized almost too late that ‘snugly fitted’ in a lightweight cotton was ‘too darn tight’ in the medium-weight suiting I had bought for the project. If you want scrap fabric to use for mockups, go to a thrift store and buy bedsheets. They’ll be cheaper than muslin off the bolt and probably of better quality too. Better yet, thrift store bedsheets have already been washed LOTS of times, so all the shrinking has long since happened.

But, that said, muslin is wonderful for petticoats under your period dresses for exactly the reasons you might expect. It’s breathable, it’s lightweight and it feels good against your skin. And it is a period fabric for dresses – not just the Regency! – as per some of the illustrations for this entry. 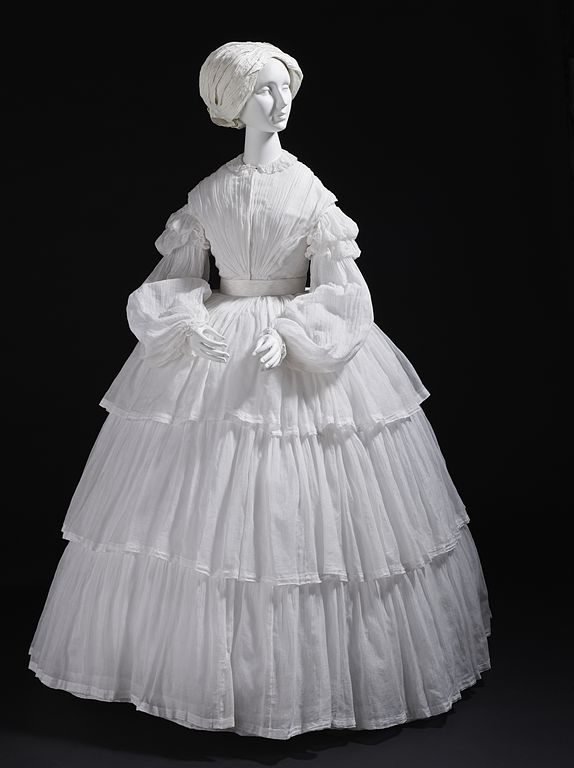 I said that muslin is ‘usually’ made of pure cotton because I’ve seen an increasing instance of fabric sold as “muslin” that’s actually polyester/cotton blend and I don’t like that, as it drapes differently from pure cotton and feels different against the skin. A burn test will always betray an artificial fiber in your fabric, so do that if you’re unsure as to what you’re getting.

Because it’s a pure cotton, you’re going to want to pre-wash your muslin before you cut it. Remember, cotton shrinks! Be sure to sling it into the dryer, too, to get the last bit of shrinkage out. It’ll tolerate hot water and high heat just fine, so crank it up.

Depending on the width of the fabric and the quality of the weave, muslin can cost as little as $3 per yard – for a narrow 36” bolt – up to $20 yard for the extremely wide bolts, which run 108 inches wide – great for making backdrops or really extravagant drapes. When you go to a run of the mill fabric store, they’ll usually have 36, 45 and 54 inch wide muslin for $5 to $10/yard. I generally only find the extra-wide bolts in home-décor stores and those outlet fabric stores that sell overstock yardage from all over the place. 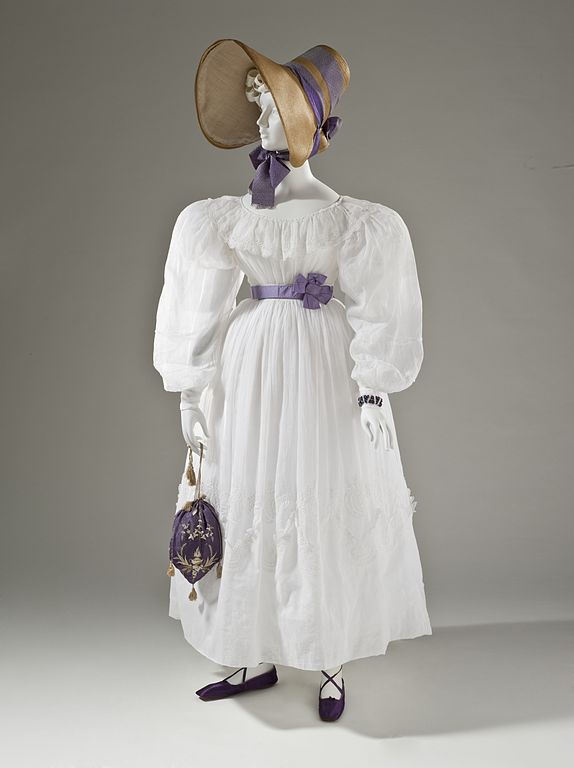 If you’re using a really sheer muslin, use a fine universal needle and a single-stitch foot and plate on your machine if you have them. For especially fine items, such as handkerchiefs or sheer dresses, use cotton thread. Cotton thread isn’t as strong as polyester all-purpose thread, but it’s thinner and you might want a very fine seam on the item you’re making. Otherwise, a regular universal needle and all-purpose thread will do just fine. 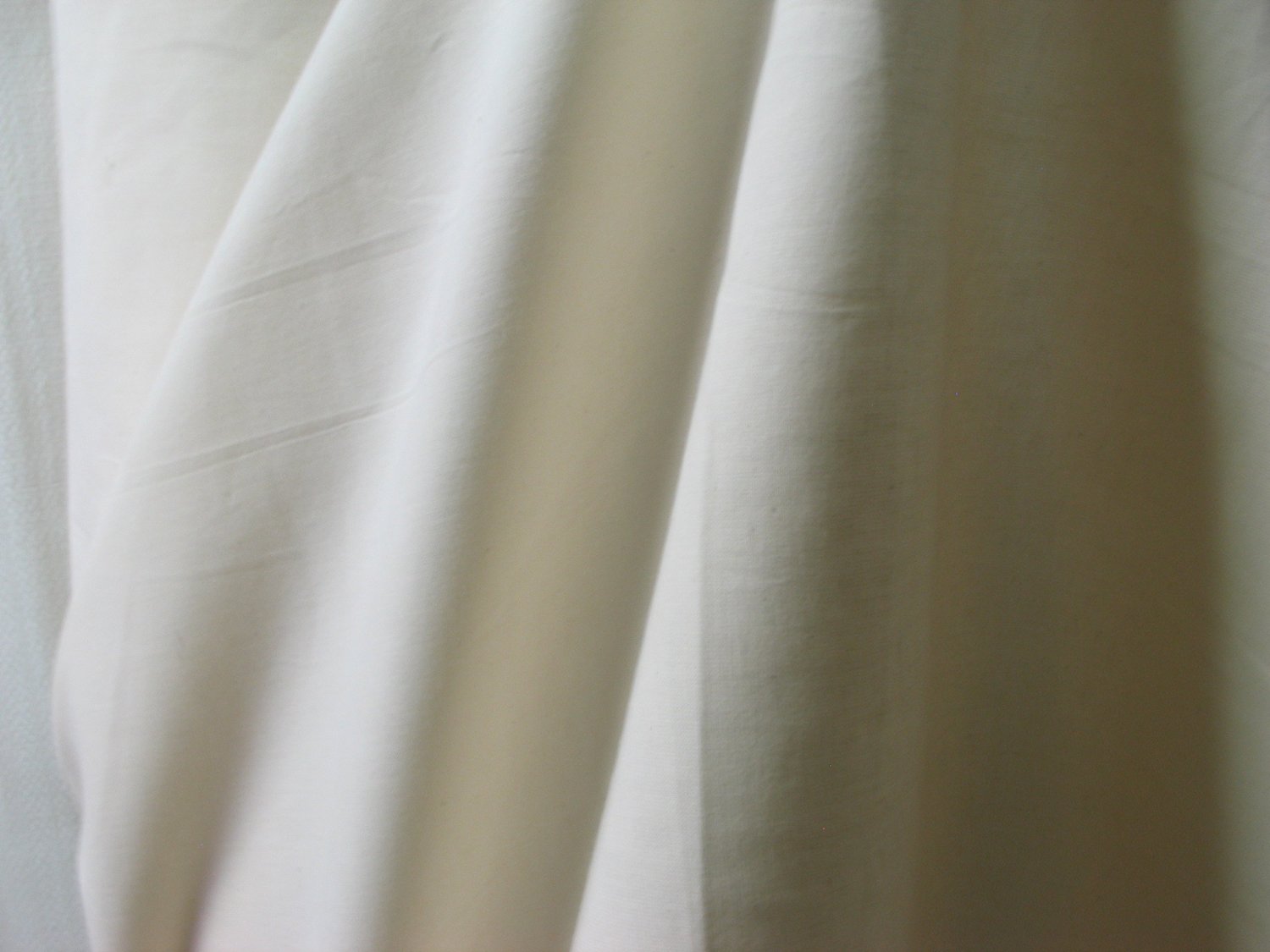 One thought on “Muslin”