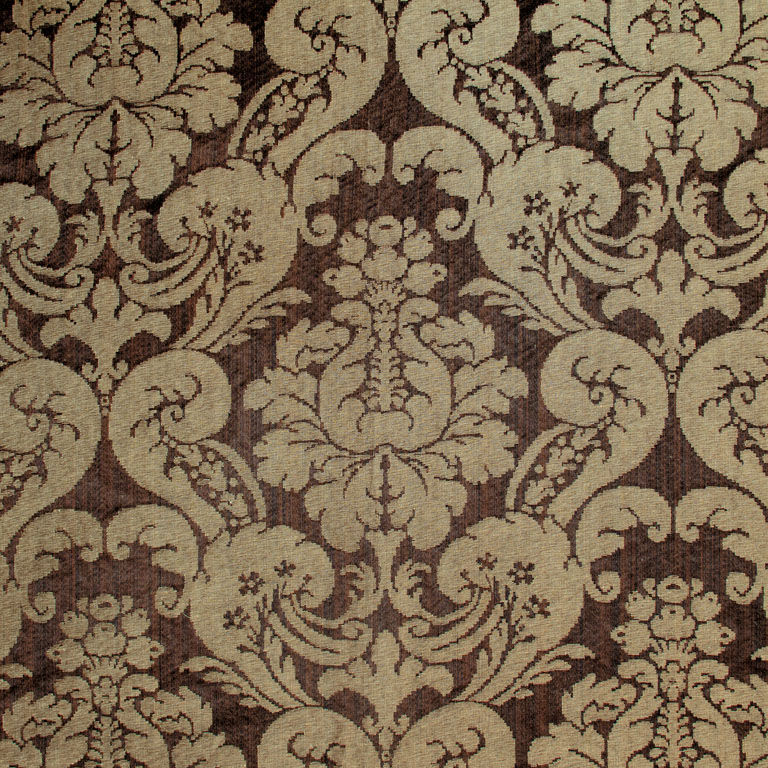 Damask. This is woven with a thread of a single color, which just goes to show how the choice of weave can impact a fabric’s appearance.

Damask is a two-colored woven fabric – usually featuring satin or sateen weave – which is notable for being reversible. I say “two-colored” but it’s woven with a single-color yarn, but the contrast between the satin and the sateen weaves makes it appear as if it’s two colors and if that isn’t an example of how weave can affect a fabric’s appearance, I don’t know what is.

Damask may be made on a regular loom but since the invention of the jacquard loom, it’s usually made with that apparatus. If you see something multi-colored labeled a damask, it’s probably a jacquard-woven fabric of some variety. It’s a common mistake.

Damasks feature large, repeating patterns, playing up the contrast between the two weaves. They have a distinctive texture with the pattern being palpable by hand, either by being raised above the background, or by a contrast in weaves. Run your hand over a damask and you’ll often encounter a smooth and slippery background with a rougher-textured pattern as the foreground.

Today, you’ll generally encounter damask as fancy table linens, or as an upholstery fabric because it can be a hard-wearing fabric with its dense weave. It was very popular among the rich-and-noble crowd from Day One (some time in the mid-14th century), as anything shiny and expensive tends to be. You’ll definitely run into it as a part of 18th and 19th century costuming. 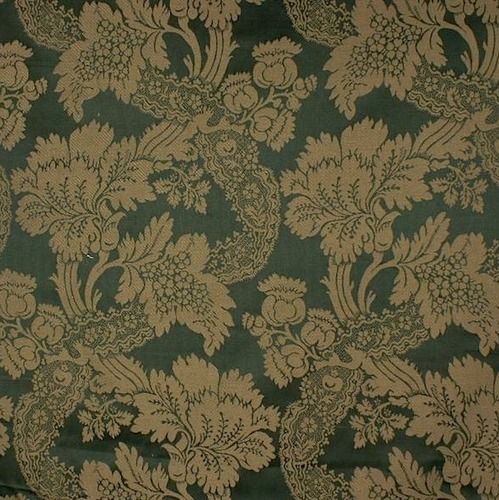 Traditionally, damasks were made from silk and sometimes wool or linen, but now they’re made from a variety of yarns, artificial and natural. Damask for upholstery use is usually made from synthetic fibers to ensure that it’s long lasting and can be cleaned relatively easily. You’ll find a lot more damasks in the upholstery section than you will the regular fabric section of your local shop.

Lighter weights exist, but it’s usually medium to heavy weight. A full robe Anglaise made from it will weigh a lot and you won’t feel the cold! It’s suitable for high-class historical and fantasy gear, plus I’ve seen damask patterns pop up in various animated works. It’s catchy but relatively simple – so it’s easier to draw/render than a complicated brocade!

Upholstery damasks start around $15/yd and go sky-high from there. Designer decor labels don’t flinch from offering damasks $100+ per yard. I couldn’t find a retail price for honest-to-god pure silk damask, but I imagine it would be hundreds of dollars per yard.

Match your universal needle to the weight of the fabric, and sew with all-purpose thread. Laundry will depend on the yarns used to make it but it’s even money that any damask is destined to be dry-clean only. 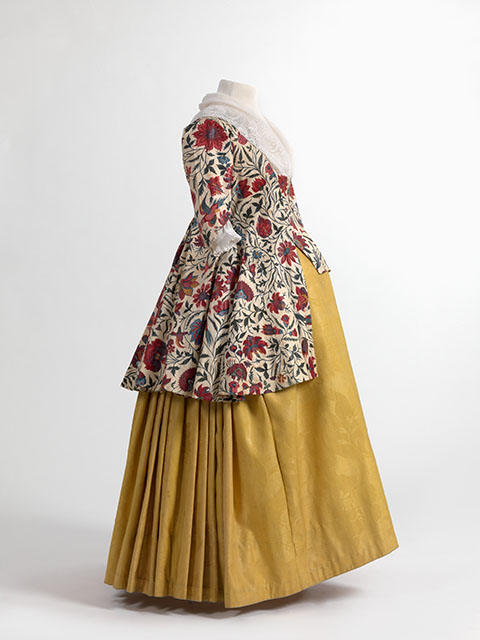 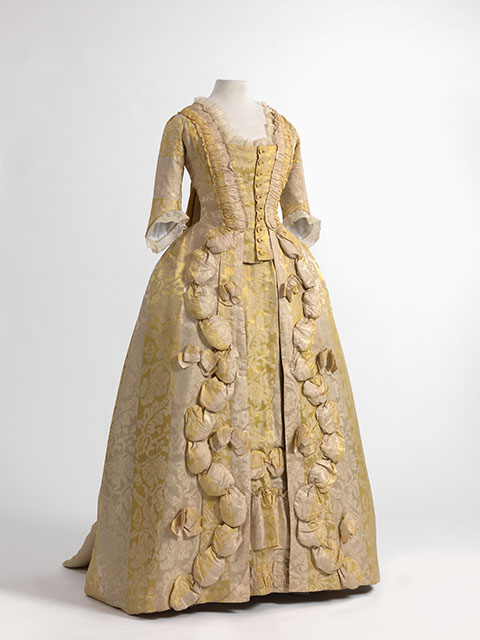