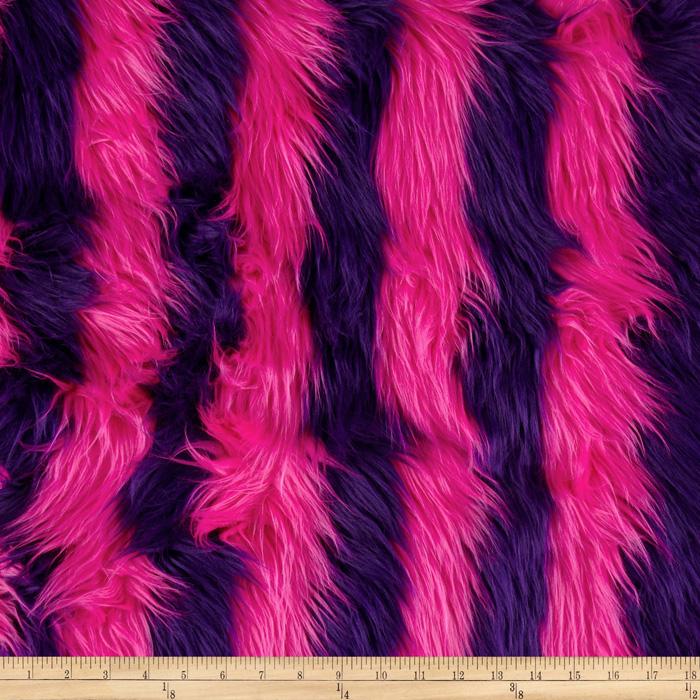 Fake fur. Or as I sometimes call it: muppet skin. Source: fabric.com

The happiest, the silliest, the goofiest and… the most heartbreaking fabric out there in cosplay land. Faux fur. Sometimes called fun fur – usually by people who haven’t sewn it. It’s not fun.

Fur can be the primary fabric in a costume such as a fursuit, or the primary element in a barbarian raider’s ensemble – they love their fur and leather – to embellishment on the gown of Queen whatstername of whereveros. It’s insidious like that.

You can find fake fur in an mind-boggling range of colors, textures and patterns. It can range from startlingly realistic to that muppet took a lot of LSD, right? It can be bought as trim of various widths and on wide bolts – usually 54 or 60 inches wide. What I’m trying to say is that there’s a lot of it out there and you can use it for a lot of projects.

A lot of the goofier colors and patterns will be described as ‘shag’ fur. It’s okay to giggle at that. 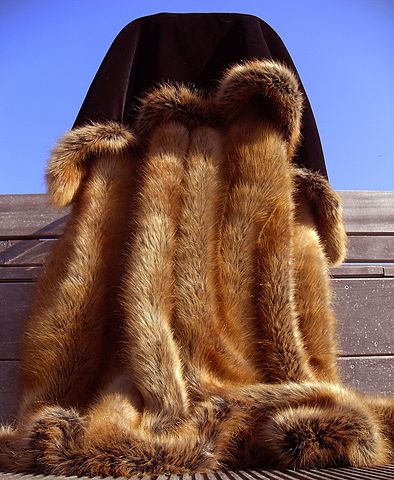 Fake fur, made to resemble that of a red fox. Source: Wikimedia Commons.

Fur can be a heartbreaker. There are seasoned costumers with decades of experience who would rather break their own fingers than sew this stuff. That doesn’t mean you shouldn’t try, but for heaven’s sake, make use of tutorials on YouTube and practice, first. Practice a lot. There are some links to the aforementioned YouTube videos on the Resources page.

There are a couple of ways to sew fur. One is tackle it like you would a regular seam, with a couple of caveats. Trim the fur pile inside the seam allowance, lengthen your stitch and adjust your needle tension to ensure a properly balanced stitch.

Or you can do what’s called a “butted” seam. Pin your fur together as you would regular fabric, then stitch with a wide zigzag stitch with the fabric positioned so that your needle swings past the cut edges on the right hand side. Yes, PAST the cut edges.

Then open out both layers and pull them gently apart until the cut edges meet, and the seam lies almost flat. You’ll obviously have to practice on scraps to learn just how wide you need to make your zigzag and how far to go off the edge of the fabric. Sometimes you’ll see this referred to as a “hinge” technique.

Either way, you’ll have to spend time unpicking fur from the seam with a T-pin or other blunt needle after it’s stitched, and then brushing it out. With practice, you can make a seam practically invisible. 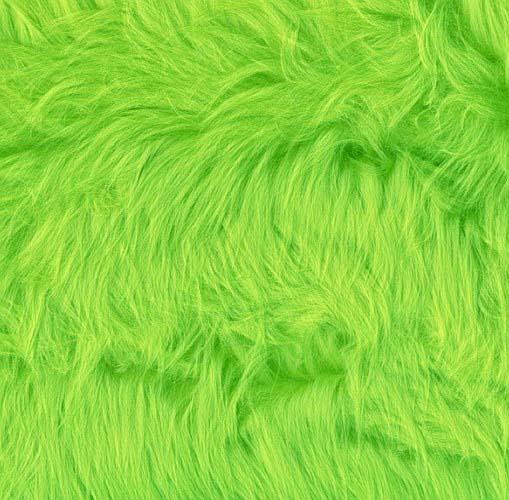 As a rule, fake fur is an acrylic–polyester blend, whether it’s hot-pink leopard print or practically indistinguishable from the real thing faux mink. It’s unlikely to set off an allergic reaction to anyone with animal hair allergies, which is a relief, but if you’re severely asthmatic, you might want to wear a dust mask when cutting, as short pieces of “hair” will float around merrily as you cut.

It’s not cheap. At the very bottom end are short pile fun furs – barely more than printed velveteen – which will cost you about $7 a yard. You’ll see them listed under the brand name velboa, or it might say ‘plush’ in the description but the photo tells another story. You’ll see minky a lot, too, which is a variant of fleece. Minky furs are short to medium pile.

The stuff that I like to call muppet skin – long pile, multicolored – starts at $20 a yard and can range up to $40 or so.

The higher-end fake furs, the ones that actually do a good job of looking like the real thing, will be $80 a yard and up. To be honest, you can find animal-like fur for about half that price that doesn’t look quite as good, but will show that at least you tried, so shop around.

Trims are cheaper, with price varying on width and type. 1” wide white shag – yeah yeah – which you might stitch onto a Santa hat is usually $2 a yard. 4” wide fake leopard will cost you about $8 a yard. Or you could buy some wider yardage and cut it down, depending on what you need. As an embellishment, fake fur doesn’t have to break the bank.

When you decide to use fur – real or fake – keep in mind the challenges of wearing it. If you’re putting on a fursuit, or even just a fur cape, you are going to get WARM. If you’re hoping to walk down the street at San Diego Comic Con in your barbarian-of-the-far-north rig, you’re going to want to rethink that – or figure out how to fit a couple of ice packs in there. Don’t laugh, the cooling systems inside some fursuits are major feats of engineering. Anyways, think about where you’re going to wear your costume and how you’re going to stay comfortable. You’re not going to have fun at the convention if you get heatstroke. 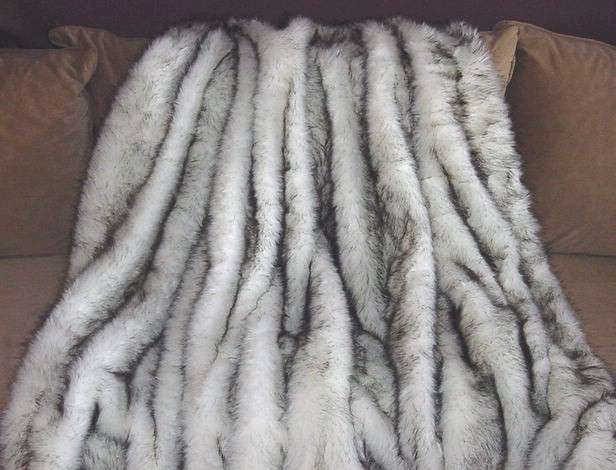 Fake fur, made to resemble that of a crystal fox. Source: fauxpawfurs.com

A lot of fake furs – especially the shorter pile and furs intended to become kids’ toys – are machine washable in cold water, and can be laid out to dry, but I would always, always check the manufacturer’s directions before slinging that fake ermine cape into the washer. The higher-end fake furs, I’d take to a dry cleaner – but make sure that they know it’s fake when you hand it over, even if you think it’s clearly obvious.

When laying out a pattern to cut in fur, remember to use the layout “with nap”. Use standard foot or a rolling foot when sewing it. A universal needle will work, but – as usual – if it’s a long thick fur, or one with a heavy backing to it, use a heavier weight needle.

I know I’ve already mentioned sewing the fur, but I’m going to say it again: go online for how-to videos and practice, practice, practice! There are techniques in sewing fur that are unique to it, so it’s going to be new territory. But it’s worth the time. 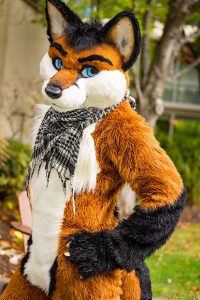 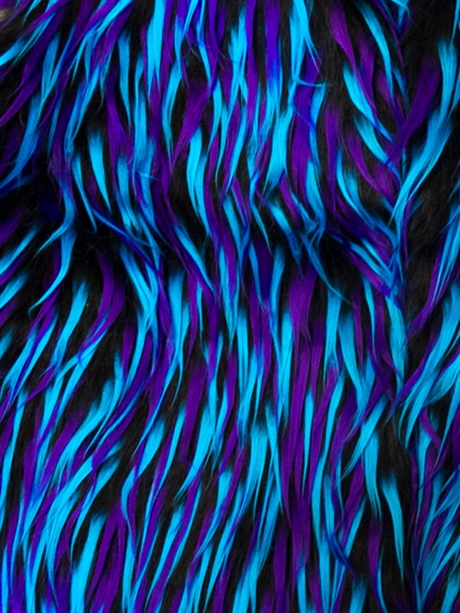